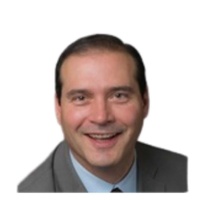 Jon Trbovich is a Financial Advisor at Kyle Atkins Financial Group.  Jon currently holds his series 6, 7, 63, and 65 licenses for the states of Arizona, Colorado, and North & South Carolina.  Jon specializes in finding the right solution for his client’s needs.  Jon is licensed to use all of the main financial products in Colorado, North & South Carolina.  Before joining Kyle at Kyle Atkins Financial Group, Jon spent the previous 22 years in the financial industry in a variety of roles.  Jon started his career at Merrill Lynch where he spent time both as a 401k representative, and as an Investment Analyst.  From there, Jon worked for Charles Schwab as an Institutional Relationship Specialist.  In this role, Jon worked with clients that had over $500,000,000 at Schwab in an institutional role.  Jon left Schwab to work for Schield Management.  Jon was VP of Sales for the North-Eastern US.  Schield got acquired by CLS Investments where Jon became Sr VP of Regional Sales for the South-Eastern US.  Jon grew the territory from $30million to over $1.5Billion when he left.  Jon enjoys the outdoors with his wife, Zoë, and son, Luke.  They spend their free time either hiking, camping, going to soccer games, or boating.